Immerse yourself in a real Game of Thrones adventure and experience ‘A Song Of Ice and Fire’ from a unique and exclusive perspective.

Navigate your way along the coastline to Larrybane and the very spot where Brienne beats Ser Loras and is given a place in Renly’s Kingsguard. Cast your eyes over the Dothraki Sea where Drogon was found, reuniting with Dany and bringing her back to Meereen for her conquest and explore Mussenndun temple which is the setting of the enigmatic Dragonstone. Truly immerse yourself in some of the most unique Game of thrones tours Belfast and Northern Ireland has to offer! 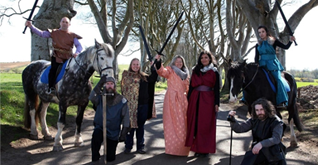 Follow in the footsteps of Arrya Stark on the Kingsroad, dressed as a true Knight or Lady of Westeros while taking in the beauty of the Dark Hedges and the surrounding countryside. 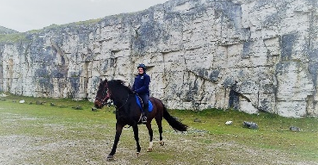 Ride the Kings Road, through the Isle of Pyke and onto Renly’s camp. This experience offers a truly authentic and unique way to experience our Game of Thrones territory. 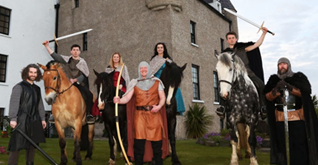 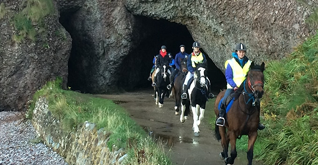 Ride in the footsteps of your favourite characters, bring the stories of the show to life and enjoy top quality horse riding and hospitality on the Causeway Coast!

Ride in the footsteps of your favourite characters, bring the stories of the show to life and enjoy top quality horse riding on the Causeway Coast